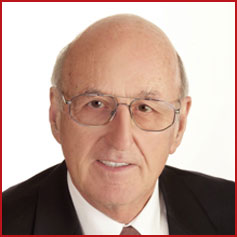 “You will become immensely successful if you can be there for the other person first. People simply need to be acknowledged. Sometimes they just need the human touch.”
John

John Rogan began his Real Estate career in 1967 with W.H. Bosley Real Estate in Toronto. Ten years later, John became a Manager in Ottawa. After his year as President of the Ottawa Real Estate Board, he then joined Royal LePage as Manager in 1989. John believes strongly in the company value of “Respect for the Individual.”

Spending every winter moment on the slopes teaching skiing and summer days golfing are some of John’s balancing strategies in his life. John’s guiding philosophy to his agents is: “You must have FUN making money!”

He is exhilarated about his workplace especially when he hears more laughter than anything else and is enthusiastic around professionals. His energy inspires all those around him.